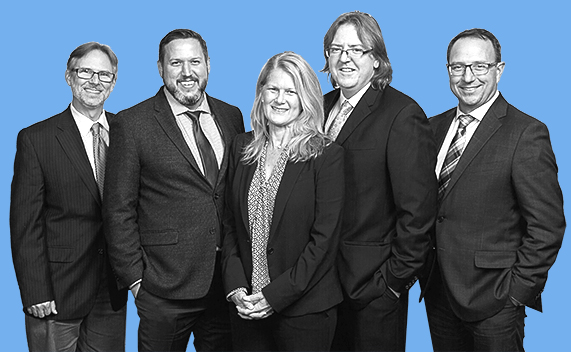 The “FIRE” Consortium: FAST Integrative Research Environment includes five expert laboratories from four universities. The team works collaboratively to find treatments for Angelman syndrome and, ultimately, a cure. The FAST FIRE team is led by Edwin Weeber, Ph.D., University of South Florida. Dr. Weeber achieved international attention for being the first to cure the symptoms of Angelman syndrome in a mouse model.

“Traditionally, we’re all competitors, but FAST has been able to build bridges where they didn’t exist before – between biochemists and geneticists, between those who study seizures and brain activity and those who look at cognitive systems. We’re all now looking at Angelman syndrome together in a different way, from multiple viewpoints.”

FAST and this unique scientific team have begun an intense plan to bring about human clinical testing of multiple treatments for Angelman syndrome, a rare disorder that affects roughly one in 15,000 people and about 500,000 people in the world. These treatments are believed to have the ability to reverse the effects of the disorder in children, teens and adults. That in itself is an incredible possibility. But the work that the team is devoted to doing may well cascade into a string of possible therapies for a much wider group of people. Their work may be the gateway to therapies for other disorders that affect the lives of millions, such as Alzheimer’s disease and autism.

This expert, multidisciplinary team confers in weekly telephone conferences with FAST and directs their attention every day to finding the links that will lead them to a viable cure for Angelman syndrome. The reason they can do this is FAST brings them the money they need to fund their work and to line up the pharmaceutical companies who will consider bringing the ultimate cure to market, making it available for the hundreds of thousands it may treat.

Together, this group of collaborators is on a concentrated path to a cure. Their approach defies typical scientific procedure. The FIRE Team has already cured the symptoms of the disorder in mice using multiple strategies, and we believe a cure is no longer a matter of if, but when.

“I always imagined that in my career the things we work on would be helpful to people, but always in the future, maybe 20 years or so from now, but since I have been involved with the FIRE team, finding a real cure has moved from being years away in the future to making me realize that this is going to happen soon.”

Funding for the groundbreaking work done by each of these teams comes from FAST and supporters like you. Please give generously.